Titled “In the Shadow of a Man”, the new collection of sculptural light objects byLondon-based Child Studio, includes one wall-mounted and four free-standing lights that playfully experiment with architectural forms and the viewer’s perception of space and volume. The collection’s title itself is inspired by a phrase by Greek-Italian painter Giorgio de Chirico, whose surreal paintings often depict architectural compositions and a strong interplay of light and shadow. As de Chirico describes himself, a shadow is a complete world in its own, full of metaphysical potency and meaning: “There is much more mystery in the shadow of a man walking on a sunny day, than in all religions in the world.” 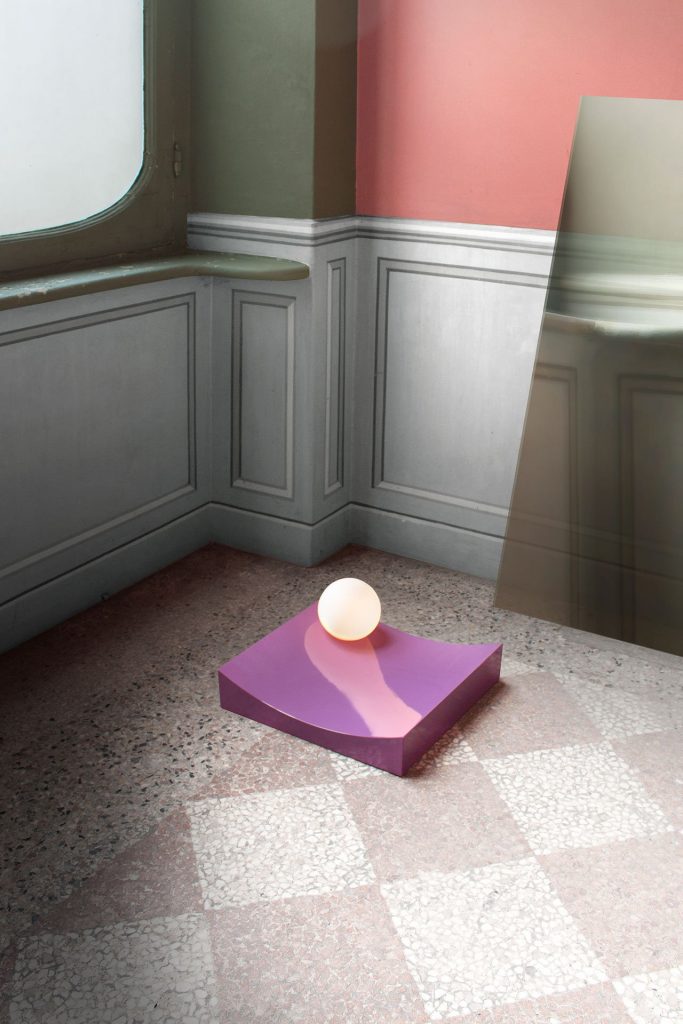 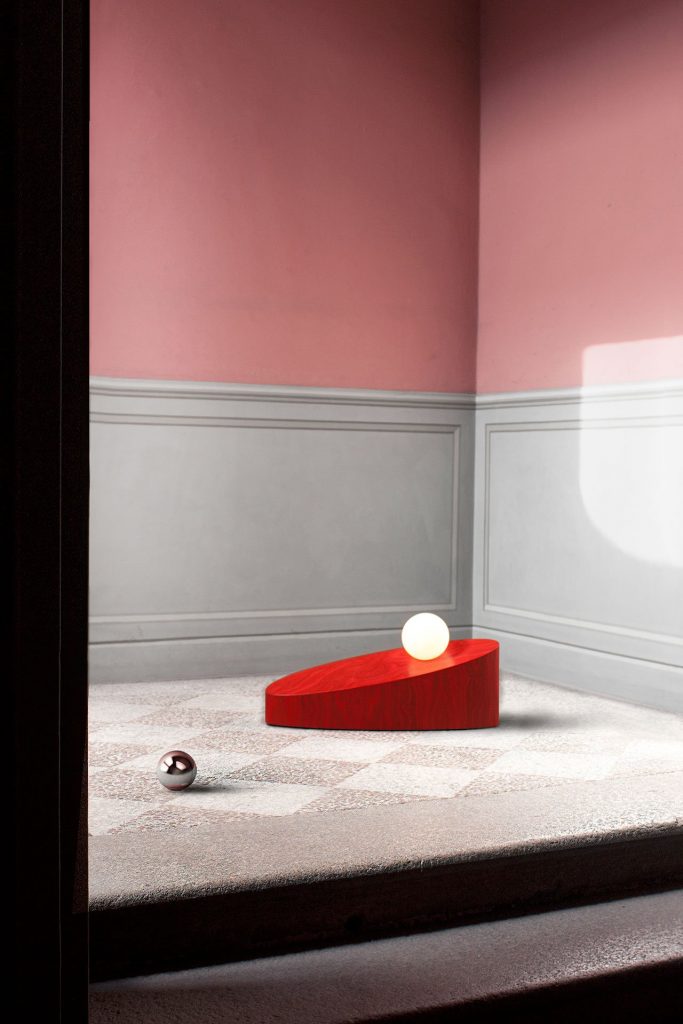 Child Studio’s new collection evidently draws from de Chirico’s work, but also from the architectural landscapes of Aldo Rossi and the brilliant minimalism of theatre director Bob Wilson. For each design in the collection, Child Studio’s designers Chieh Huang and Alexey Kostikov use a single illuminated sphere placed on a wooden ash wood base. What makes these designs so unique is that they seem to balance the sphere at impossible positions, as if rolling inside a bowl or standing on inclined surfaces; the designers’ intention was to capture these spheres “at a point of subtle balance, as if frozen in time”.