Leave Balenciaga alone! Or, don’t. The fashion house just dropped its newest SS18 campaign and the photos practically scream for attention, though their subjects appear to want anything but that.

In the slew of paparazzi-style shots, the French luxury brand showcased their newest collection in a way that has been made iconic by the likes of Kanye West and Kim Kardashian. Though no Kardashian clones were involved in the making of this seemingly candid campaign, it was still undeniably meta. The campaign was shot by actual French paparazzi and credited to Best Image agency, the French equivalent to Getty Images. Styled by Lotta Volkova, a frequent collaborator of Balenciaga’s Creative Director Demna Gvasalia, the series of images features models attempting to conceal their faces with Balenciaga handbags, running away from the paps, and being escorted by some stern-looking bodyguards. The playful campaign was released entirely on Instagram, one look per hour. This allowed fans to anxiously refresh their feeds for the next look, a tactic similar to the way we interact with an unfolding news story. This isn’t the first time Balenciaga has taken a more experimental approach to their campaigns. In their pre-Fall collection campaign, outfits were accessorized with potted plants and grocery bags, echoing the same feeling of being caught in the act. For their Spring 2018 menswear campaign, the fashion house channeled retro mall portrait photography in a campaign that looked straight out of your grandma’s photo album.

The collection is available now for pre-order online and hits stores February 28. 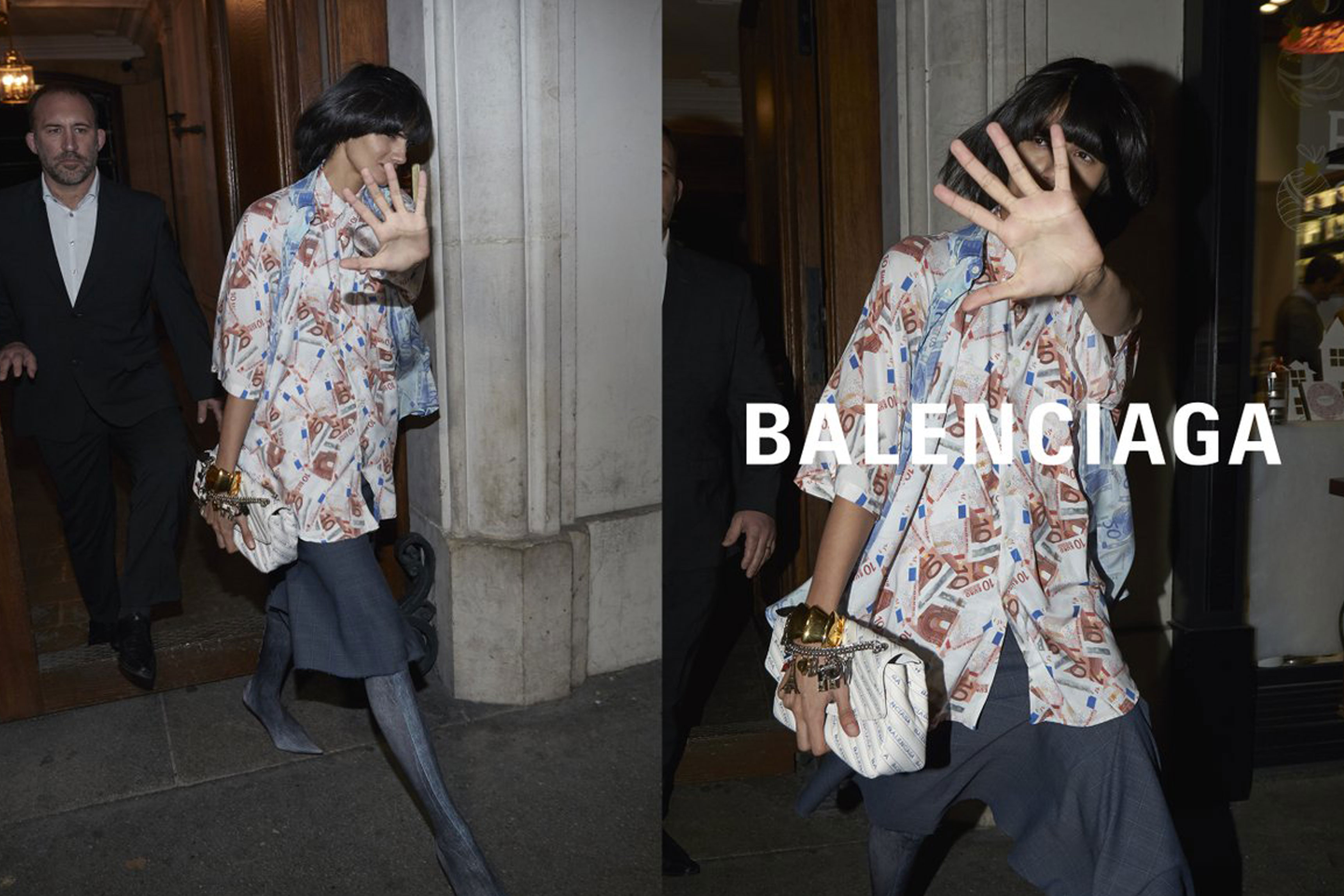 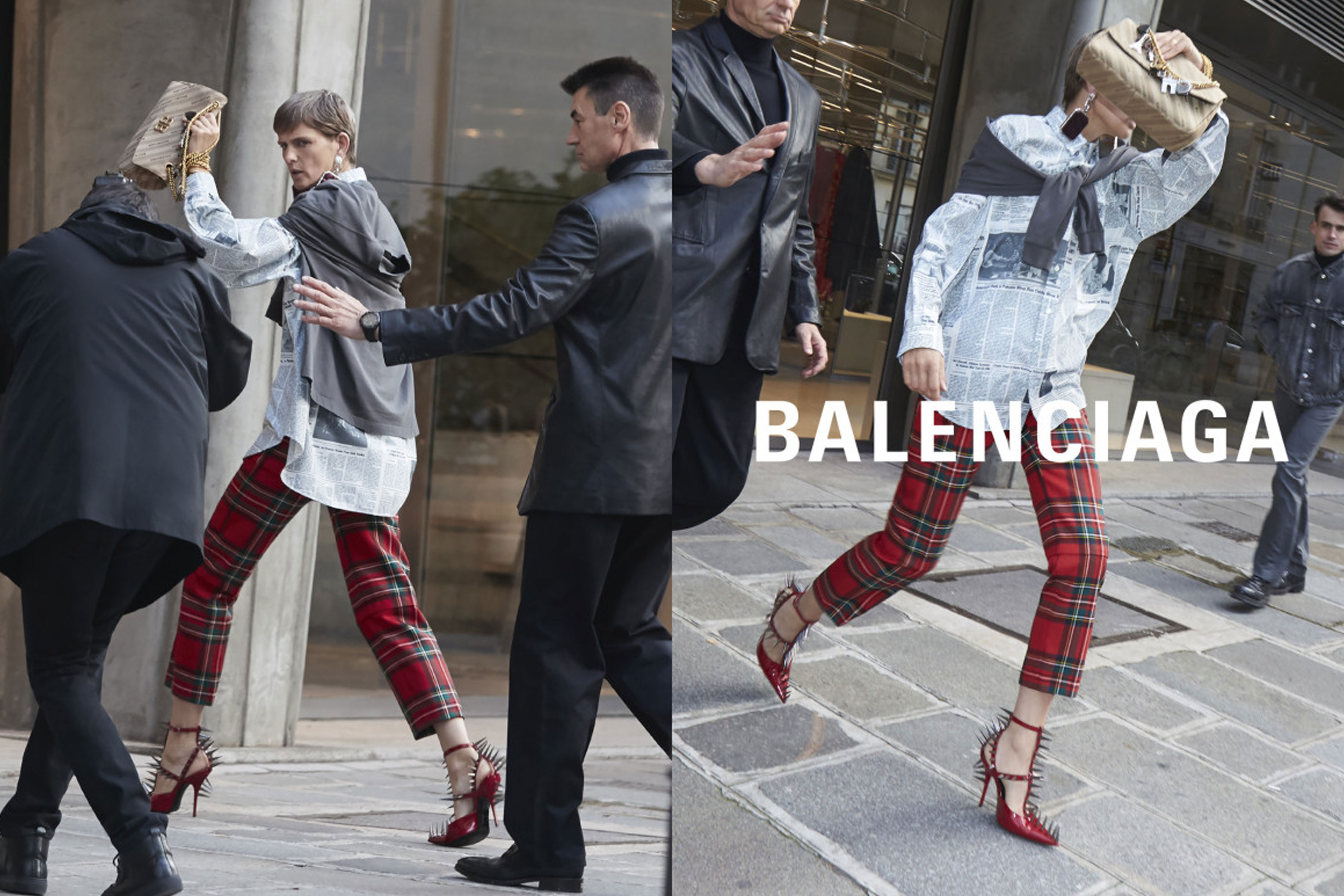 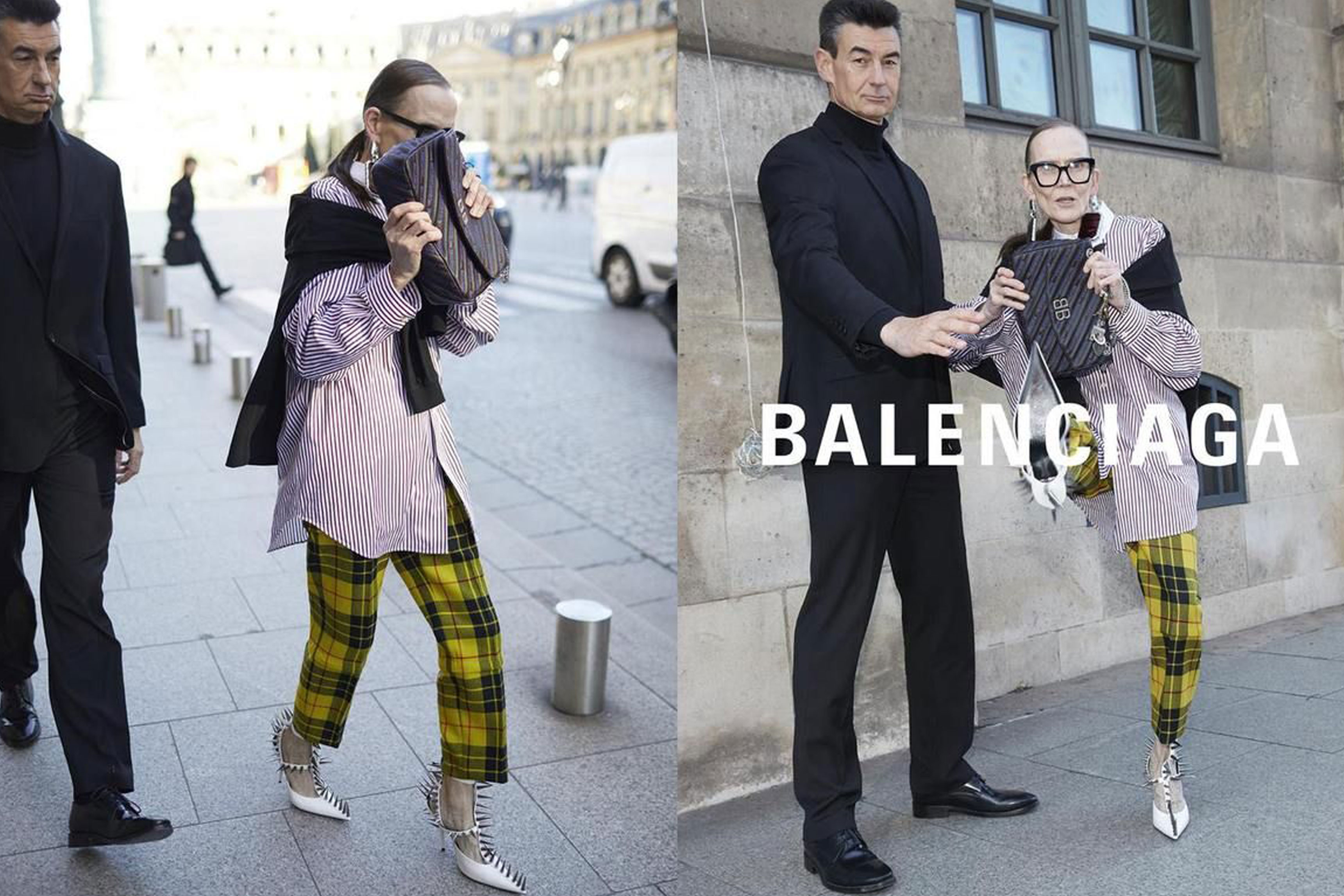 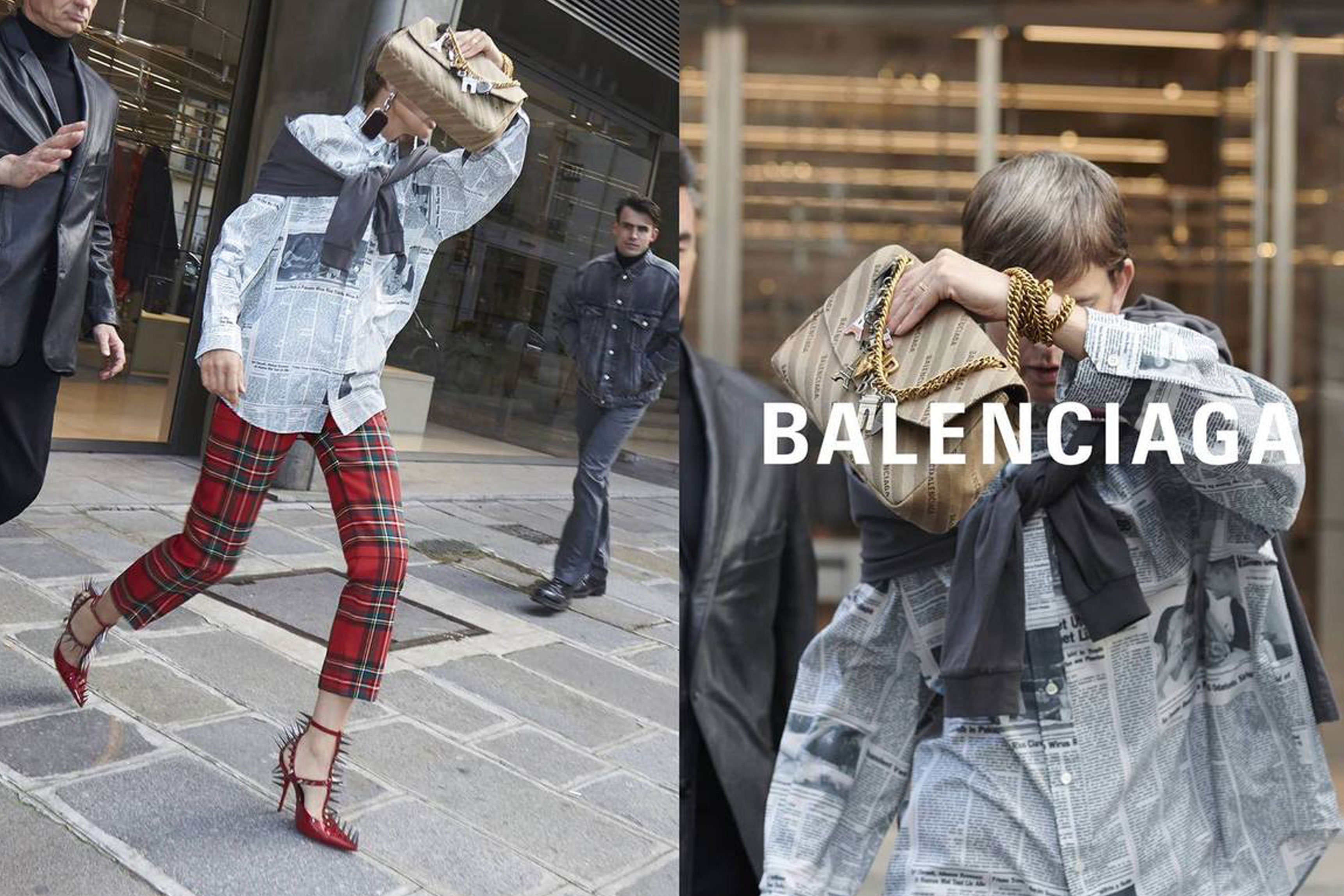 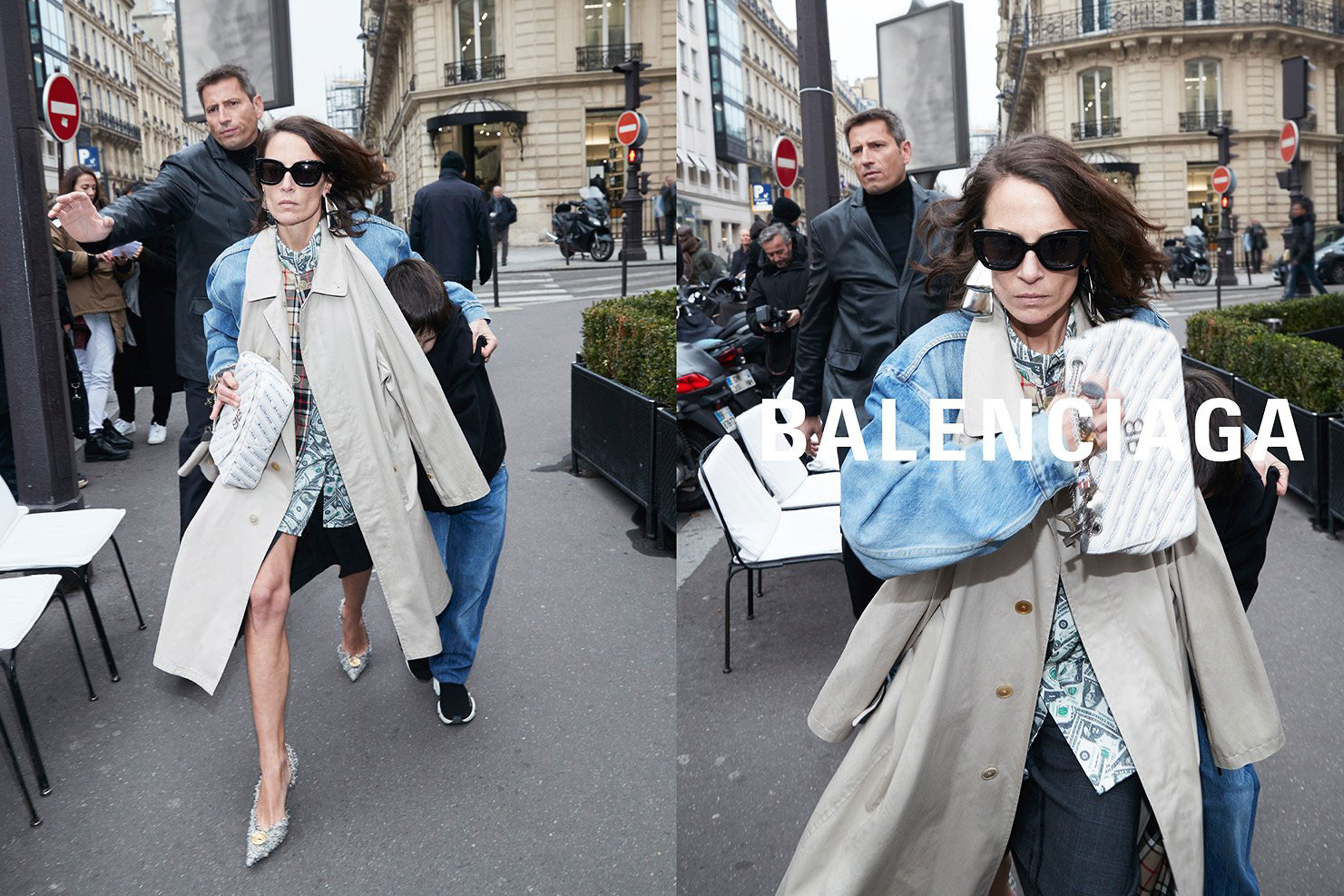