In recent seasons, plenty of runway collections have doubled as commentary on the current state of America, and whether designers opted for escapism as a coping mechanism or went the downright dystopian route, optimism has been in short supply. That all changed on Sunday night, when Alexander Wang presented his inaugural “Collection 1” show on a rooftop at New York City’s South Street Seaport — a bustling tourist attraction with the Statue of Liberty in clear view. First and foremost, the occasion marked Wang’s big move to a June/December show schedule, as well as the debut of his new two-season retail business model. Each June, “Collection 1” will encompass October through March deliveries, while “Collection 2” each December will consist of product that will drop between April and August. “The conversation really started with: How can we service our customers better? How can we simplify our process? How can we be more efficient with our deliveries and supply chain?” Wang explained to a group of editors backstage post-show. “Our customer doesn’t really understand seasonality — they’re always traveling, we have stores around the world. Being part of a spring/summer or a fall/winter fashion week felt like: How can we make a statement about not being seasonal if we’re participating in a seasonal fashion week?” This more democratic approach is a departure from the exclusive, too-cool-for-school attitude for which the brand has become known. Wang also invited the first 100 fans in line at his Soho store on Sunday morning to the runway show, and among the changes that Alexander Wang, Inc. has rolled out in recent months is a brand-new all-lowercase logo, meant to be “more sensual” and “more inviting.” But with the proven success of his ongoing collaboration with Adidas and his 2014 range for H&M, doubling down on inclusivity could prove to be the key to keeping his company relevant.

“Collection 1” also presented Wang with an opportunity to reflect on his experiences as a first-generation American — specifically, what his home country means to both him and his eponymous, family-founded brand. “It was the first time I had taken a trip with my immediate family in over 20 years,” he said of the Southern California vacation that inspired the collection. “[My parents] moved here in 1973 — 11 years before I was born — and they had an incredible story of arriving here and life before I was born that I’d never asked them about. I was so inspired by them coming here and not speaking English … all of the jobs that they had to do to build up a better life here for me.” Though Wang’s mother, brother and sister-in-law founded the brand with him over a decade ago, his father had never attended one of his shows before Sunday night.

In the collection, Wang took his parents’ immigration story and infused it with the classic Americana pop culture iconography that he grew up with. Both women’s and men’s looks incorporated American football jerseys and championship rings; western Bolo ties; Harley-Davidson aesthetics like leather motorcycle jackets with intricate, DIY safety pin designs; rock-n-roll (particularly heavy metal) references like Axl Rose or Bret Michaels-worthy bandanas; blue jeans; Hawaiian leis; grungy flannel and both stars and stripes aplenty.  While the clothing and accessories hit points all over the U.S. road map, New York was granted special attention. Aside from a capsule of NYC-inspired merch that was available to shop at a souvenir stand inside the show — not dissimilar to the vendors selling “I Love New York” T-shirts around the Seaport — Wang winked at the Uptown customer with his take on ladylike tweeds, furry sweaters, cable knits and long coats, while the downtown dwellers were likely drawn to the layered “clout packs,” crystallized “thank you” shopping bags, bootleg-style “Chinatown” printed pants and oversize hoodies.  Another important theme was Wang’s Chinese heritage, and Chinoiserie was woven into the collection in several clever ways, like frog closures on blouses, high mandarin collars and even decorated surgical face masks, which have evolved into a popular element of Asian style. “I wanted to find a new way to express inclusivity and to create a new narrative of what that might look like,” Wang said. Even pieces from his New York-print capsule were topped off with a “Made in China” decal.

It’s no secret that our country is in the throes of trying political and cultural times, but as someone whose family has lived out a version of the stereotypical American dream, Wang’s view of his home is one full of pride and hope for the future, which is a fitting metaphor for the feelings he has regarding his company’s new identity and direction. “This is really just about my personal story — the origin of where that started, why I’m in New York today and how much I love this city,” Wang explained. “It’s always been a home to me, and supported me when I started; it felt right to be here and celebrate it and to be optimistic.” 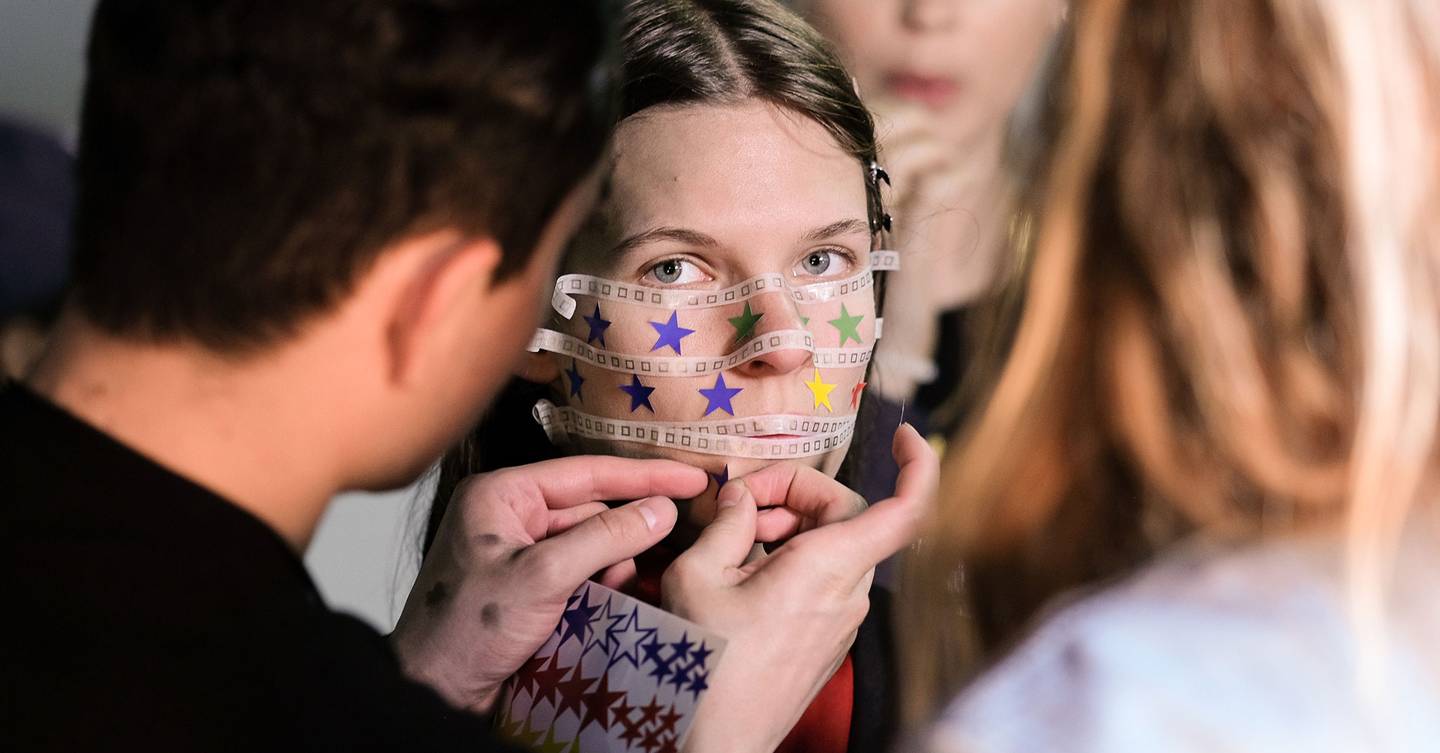 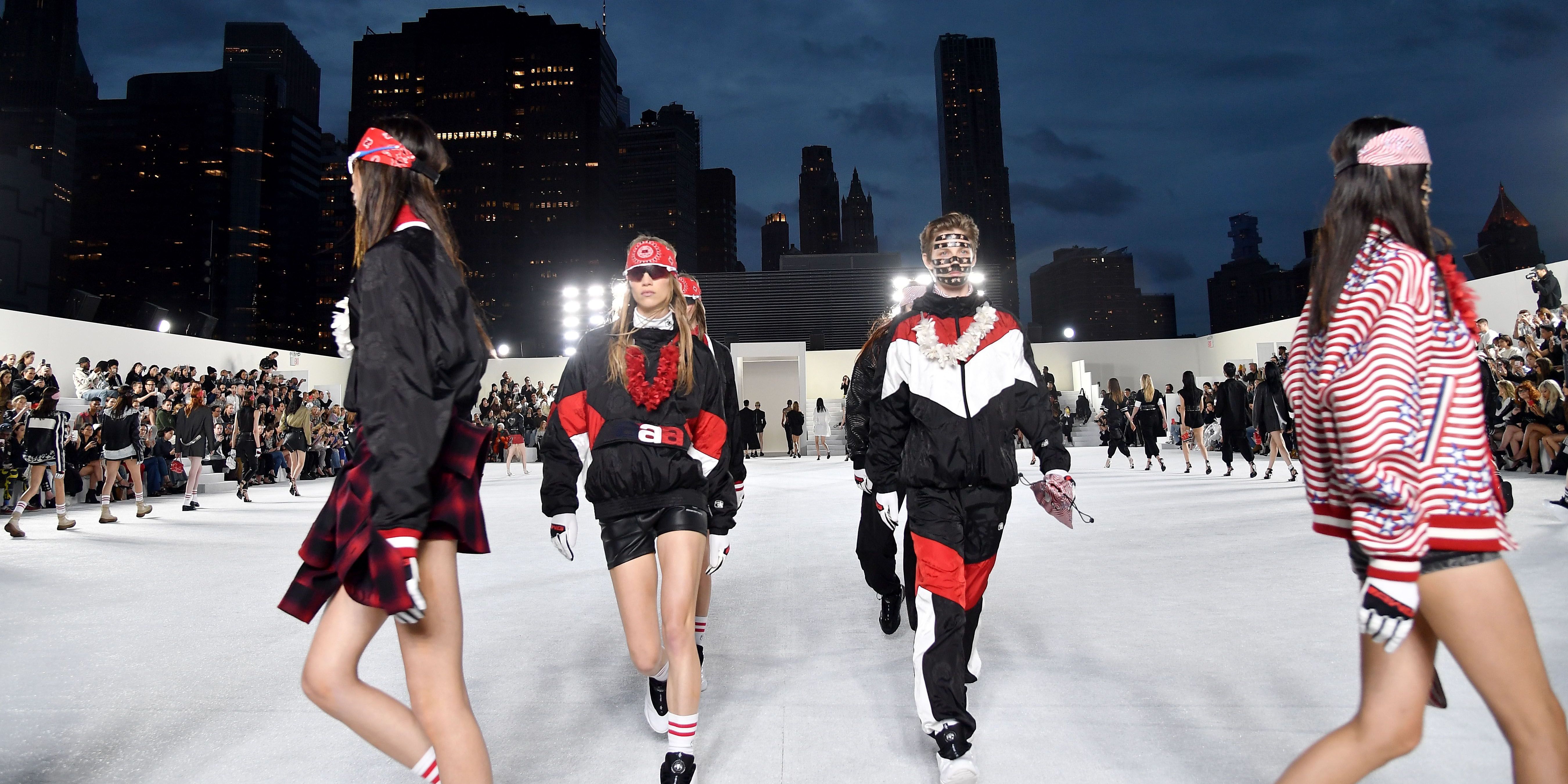 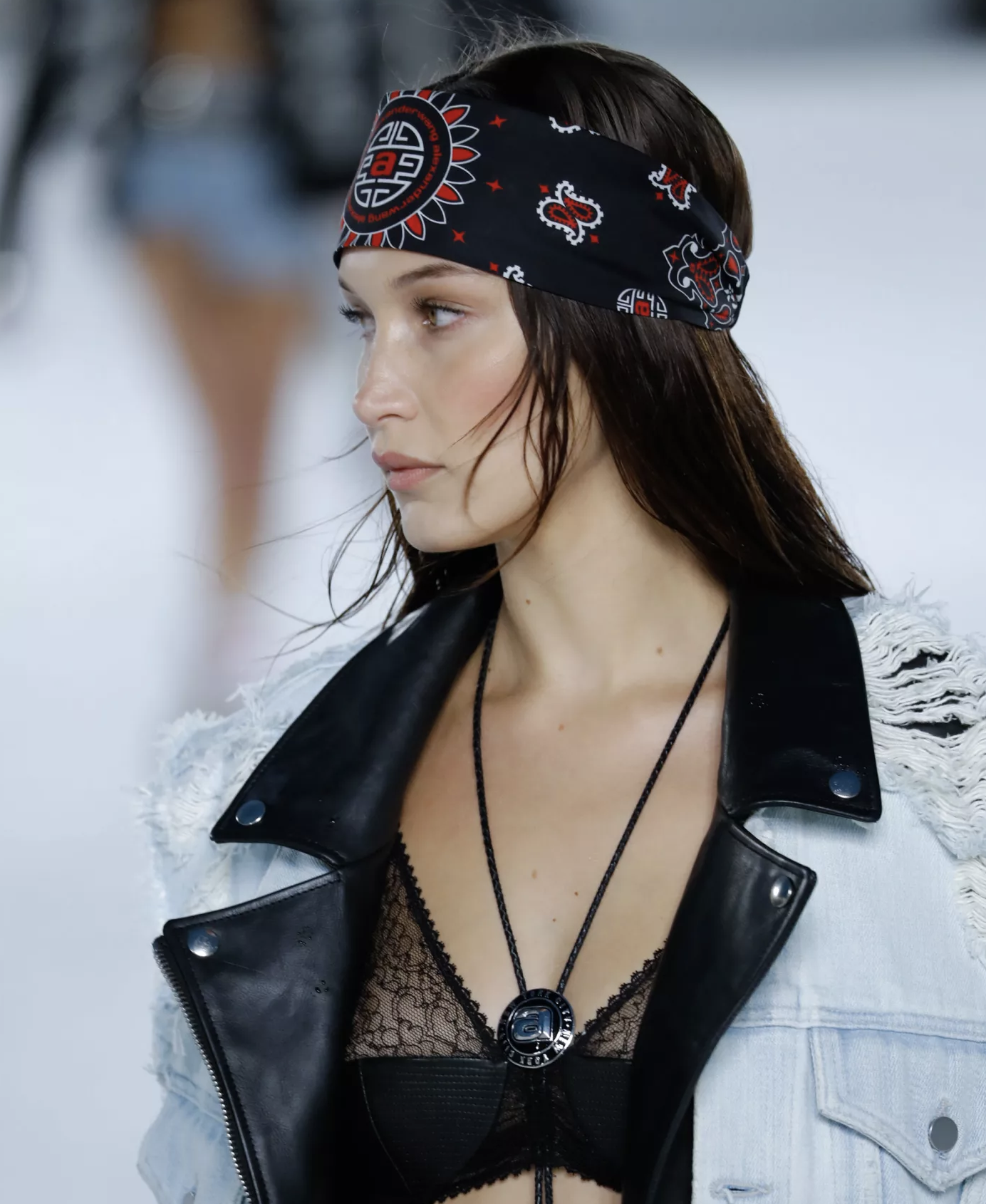 I AM A WARRIOR Manuel Facchini FW17