The miniature creations of designer Tanaka Tatsuya spark memories of the boundless imagination of childhood, when similarities can be found everywhere. In his world, a slice of strawberry shortcake may become a ski slope and an ordinary loaf of bread a “Shinpansen” train (punning on pan, the Japanese for bread, and the Shinkansen bullet train).

Tanaka combines food and everyday items with miniature figures, revealing new resemblances in his landscapes. He posts these daily in the series he shares on his website, Miniature Calendar, as well as on Facebook, Instagram, and Twitter. His attention to detail and playful spirit have won him more than 1.5 million social media followers as of March 2018, with some 3,000 new fans following each week. More than two-thirds are from overseas, and his works have been exhibited in Taiwan and Hong Kong, as well as his native Japan. Tanaka used to work at a design company, planning magazine advertisements as an art director. While pondering ideas to post on his Instagram account, he set up some miniature figures, used for making plastic models, that he had collected. He took a casual approach at first, but the sense of scale in his work was a big hit on the photo-sharing site. Each new post got a big reaction and was widely shared. He shared his pictures intermittently at first, before setting up the official Miniature Calendar site in April 2011. Since then he has posted every day without fail for nearly seven years. Commonplace items familiar around the world, such as clothespins, toilet paper, fruit, vegetables, and bread, appear in the works. In part because he has many foreign fans, he is always thinking about universal appeal. “I try to make my works simple enough that even grade schoolers can understand them.”

One of the strong points of social media is the direct response from users in the form of likes and comments. Iconic Japanese elements like samurai, ninja, sushi, and cherry blossoms have proved particularly popular with foreign fans. While keeping an eye on audience reaction, Tanaka continues to pursue original ideas that anyone can appreciate. 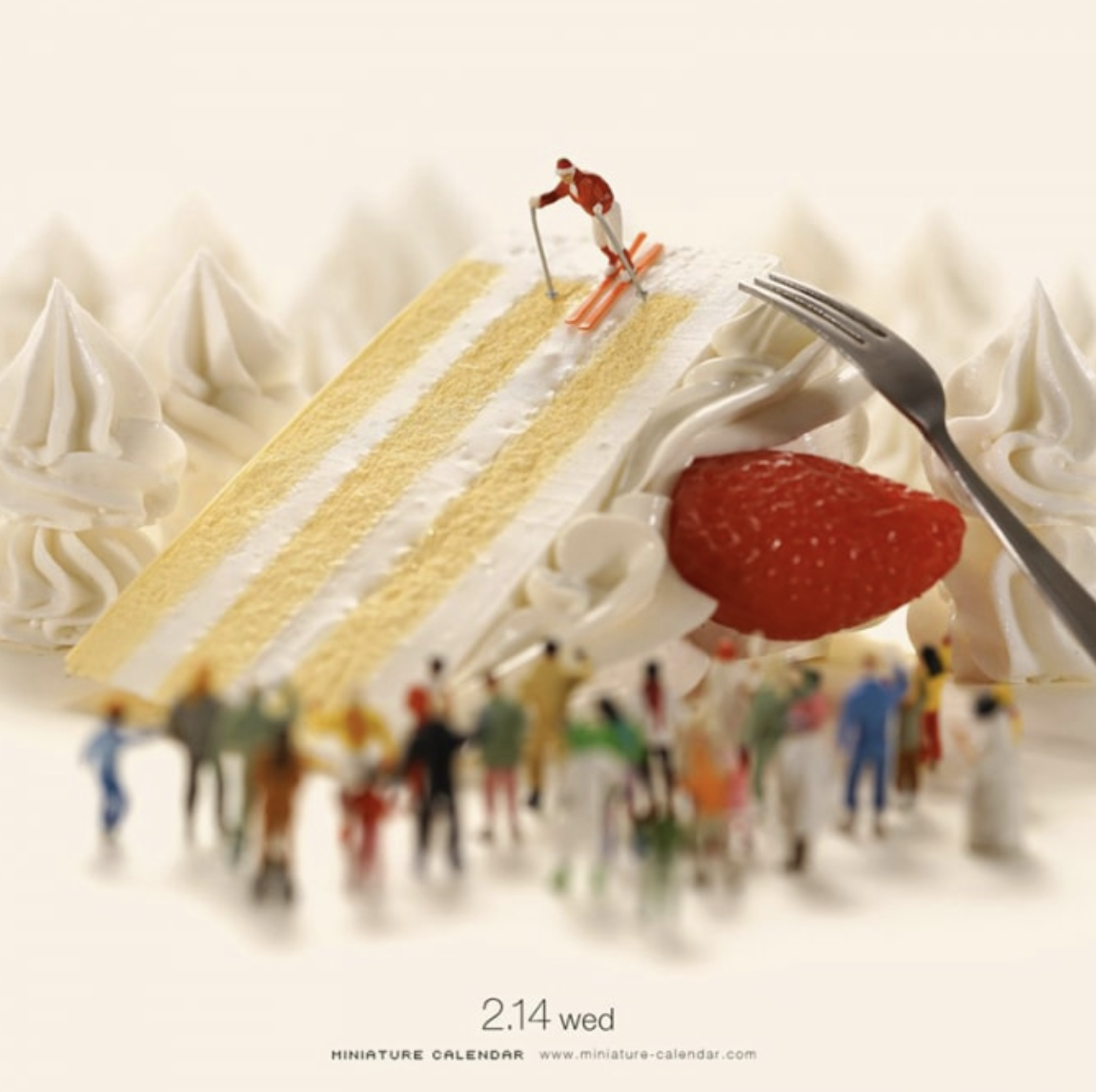 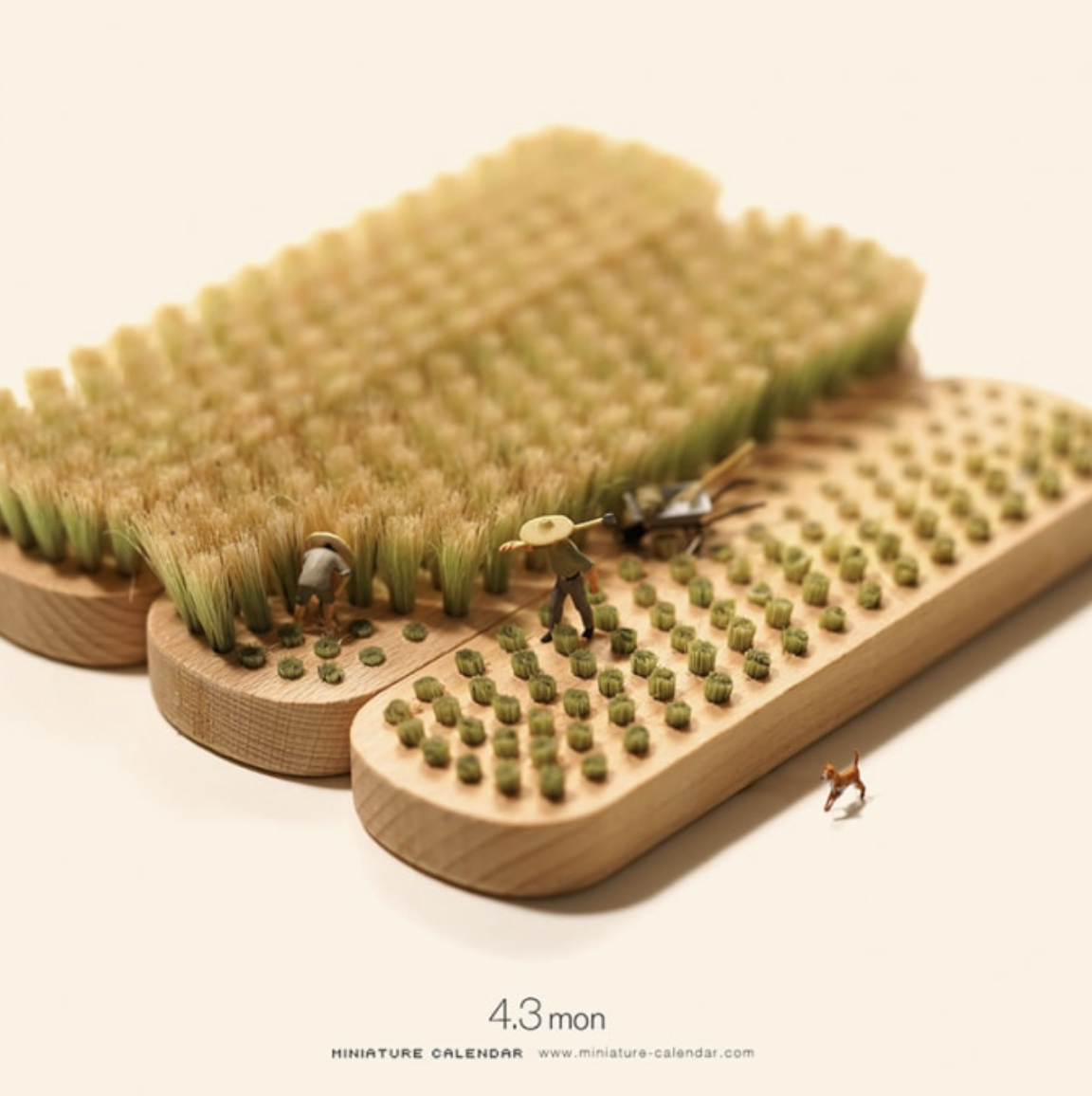 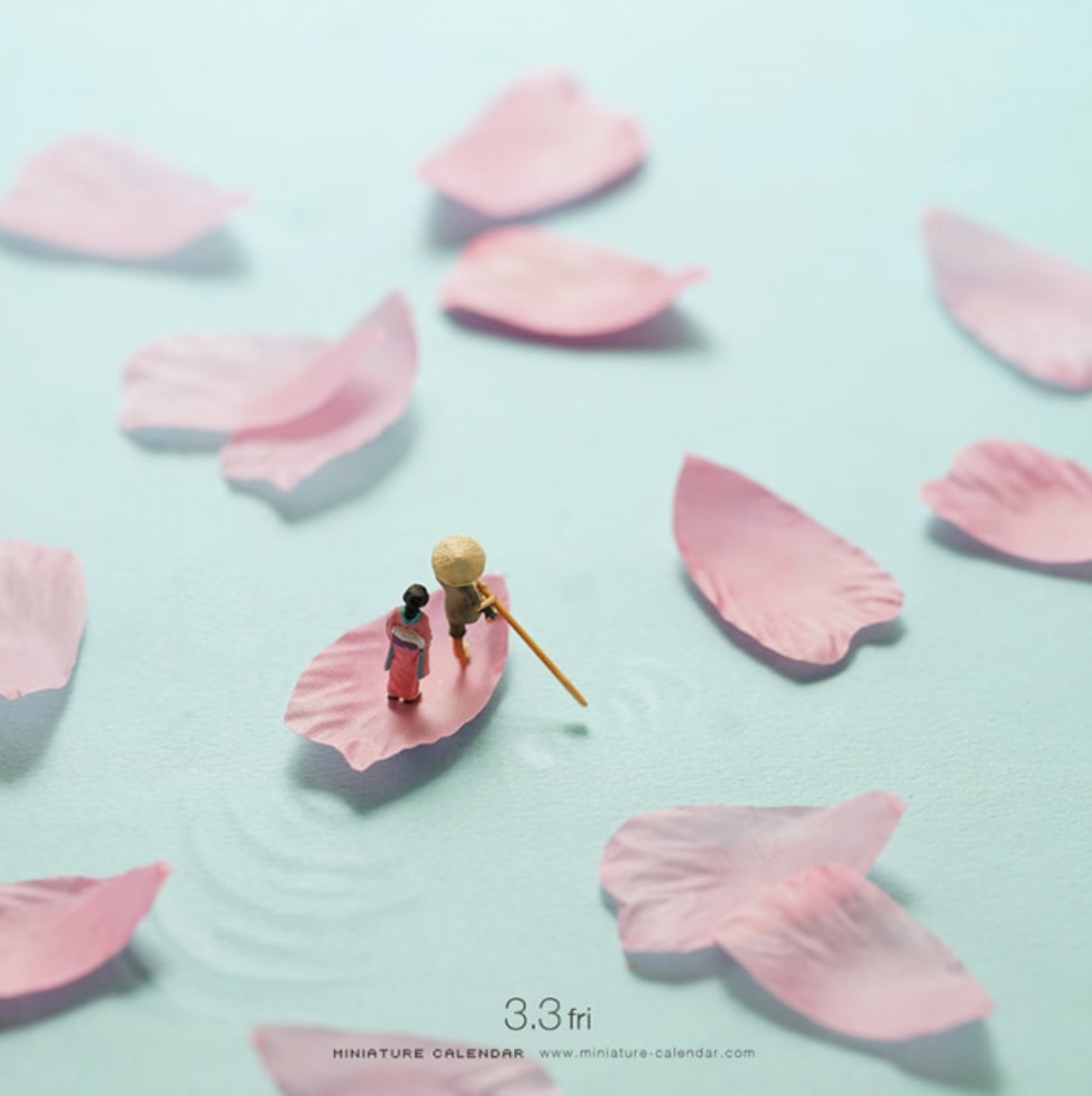 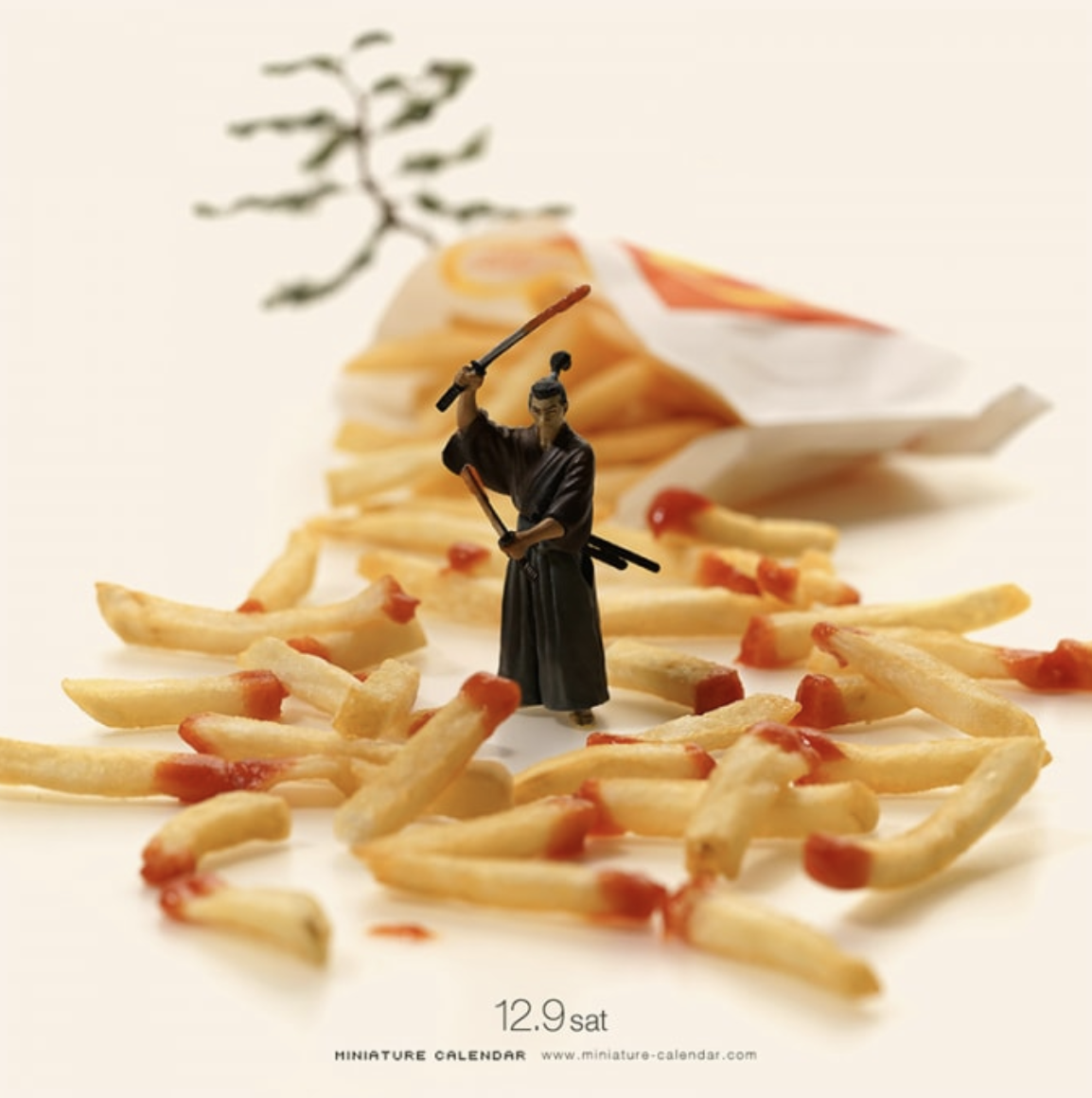