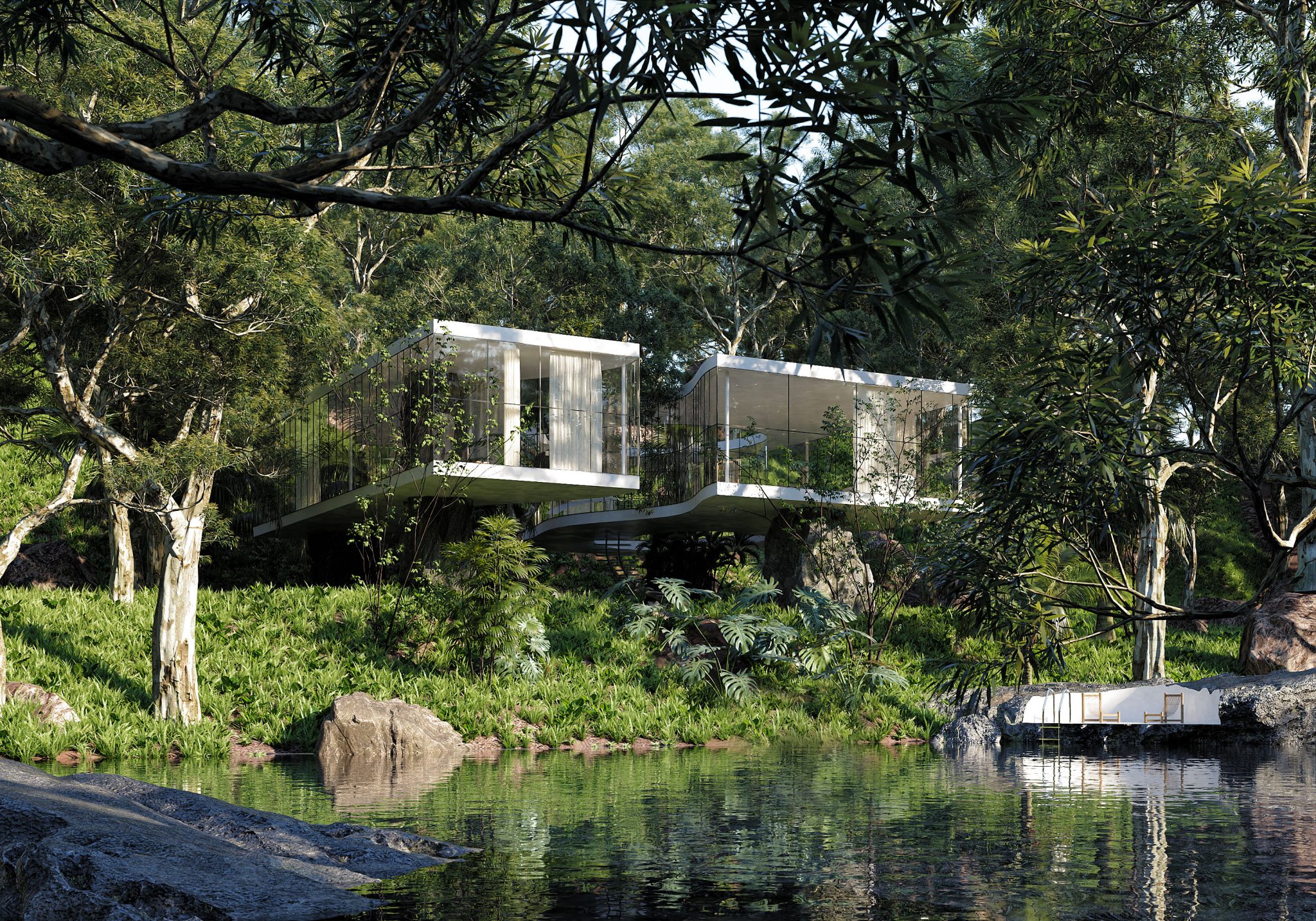 Designed by creatives Charlotte Taylor from Maison de Sable and Nicholas Préaud from NI.acki, ‘Casa Atibaia’ is a rendering of a delicately suspended modernist home, defined by gentle curves and fully enveloped by spectacular jungle views. Nestled in the São Paulo forest and built on the banks of the Atibia River, the residential project is a design experiment of the ideal modernist jungle home which embodies the feeling of living inside with the illusion of being outside. The design duo describes the project as a tribute to Brazilian modernism, directly inspired by ‘Casa de Vidro’, also known as ‘Glass House’, by architect Lina Bo Bardi. Following geometric modernist principles, the structure comprises a white concrete and glass volume, with ramps swirling around a central tree. The house is gently elevated by boulders jutting out from the terrain and acting as natural pilotis. Pre-existing rocks extend also into the interior, with spaces carved out of their forms. 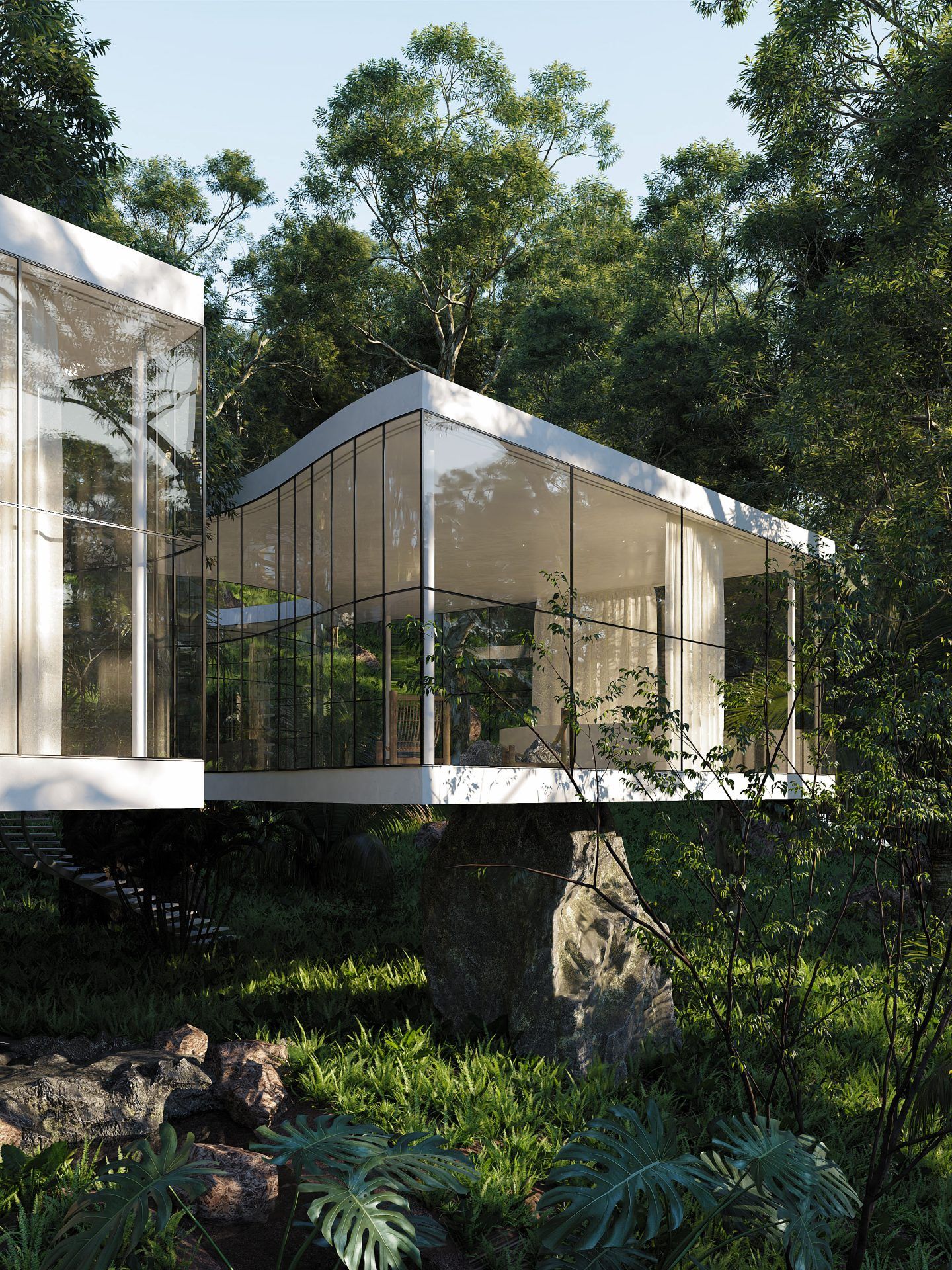 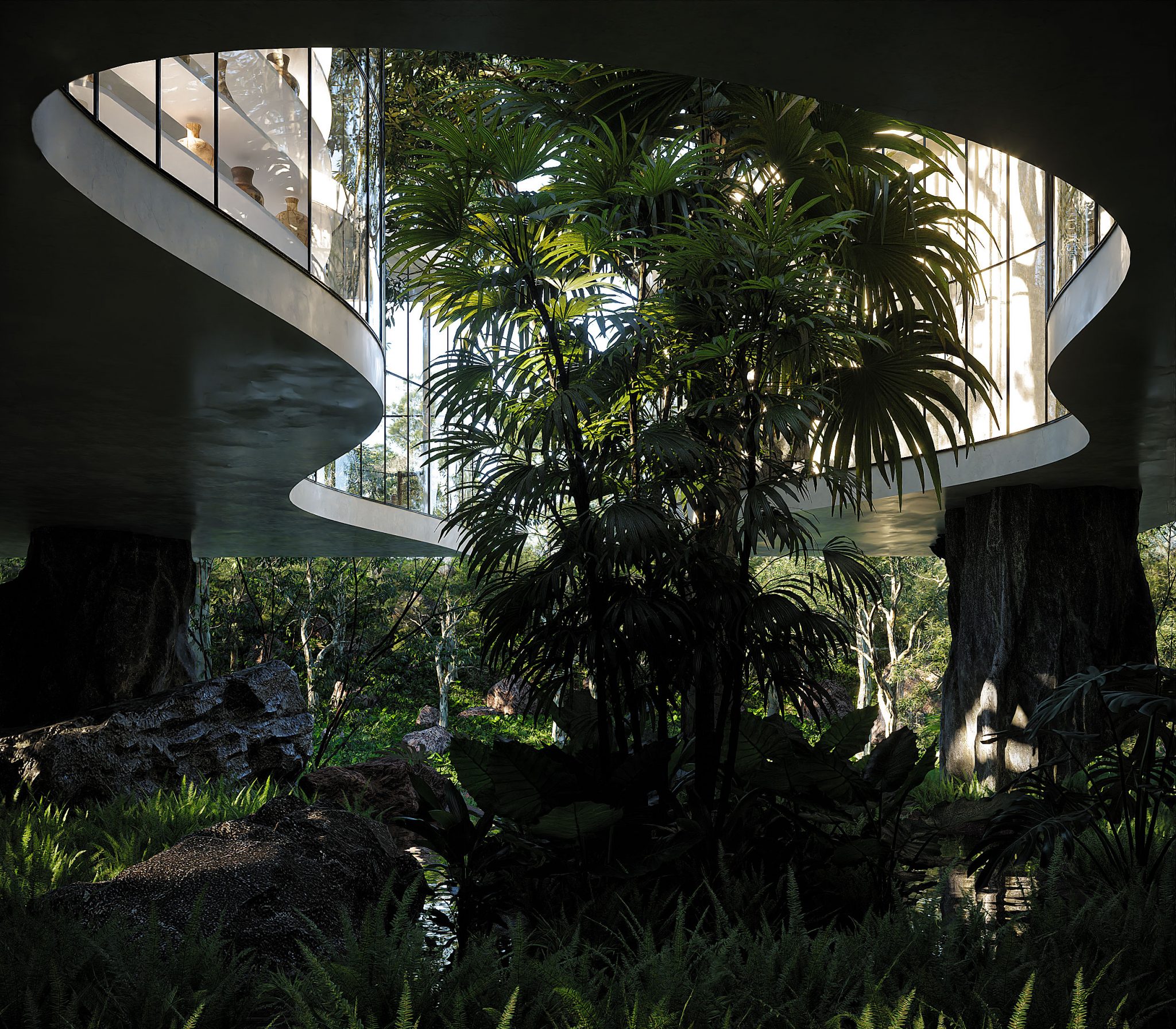 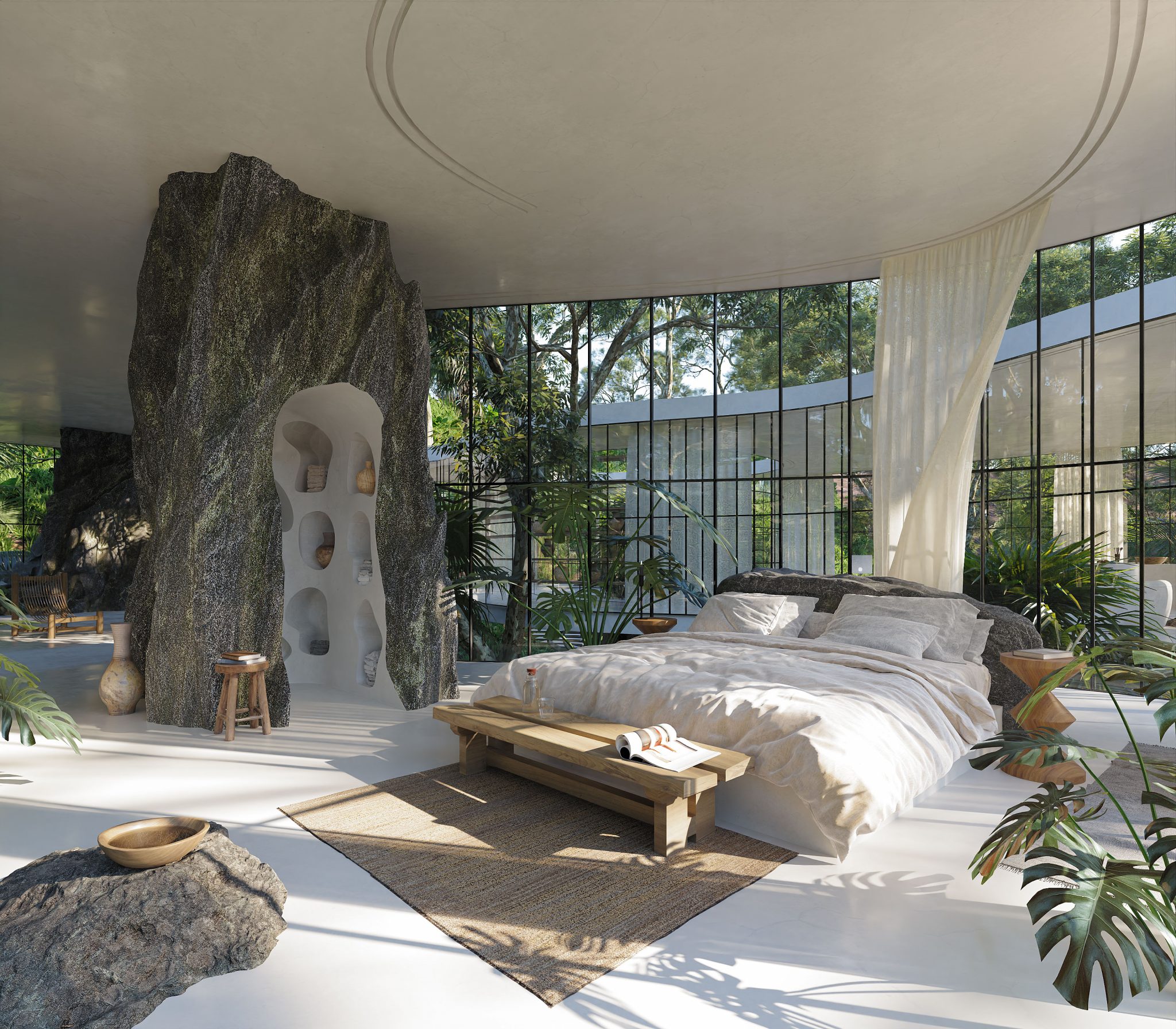 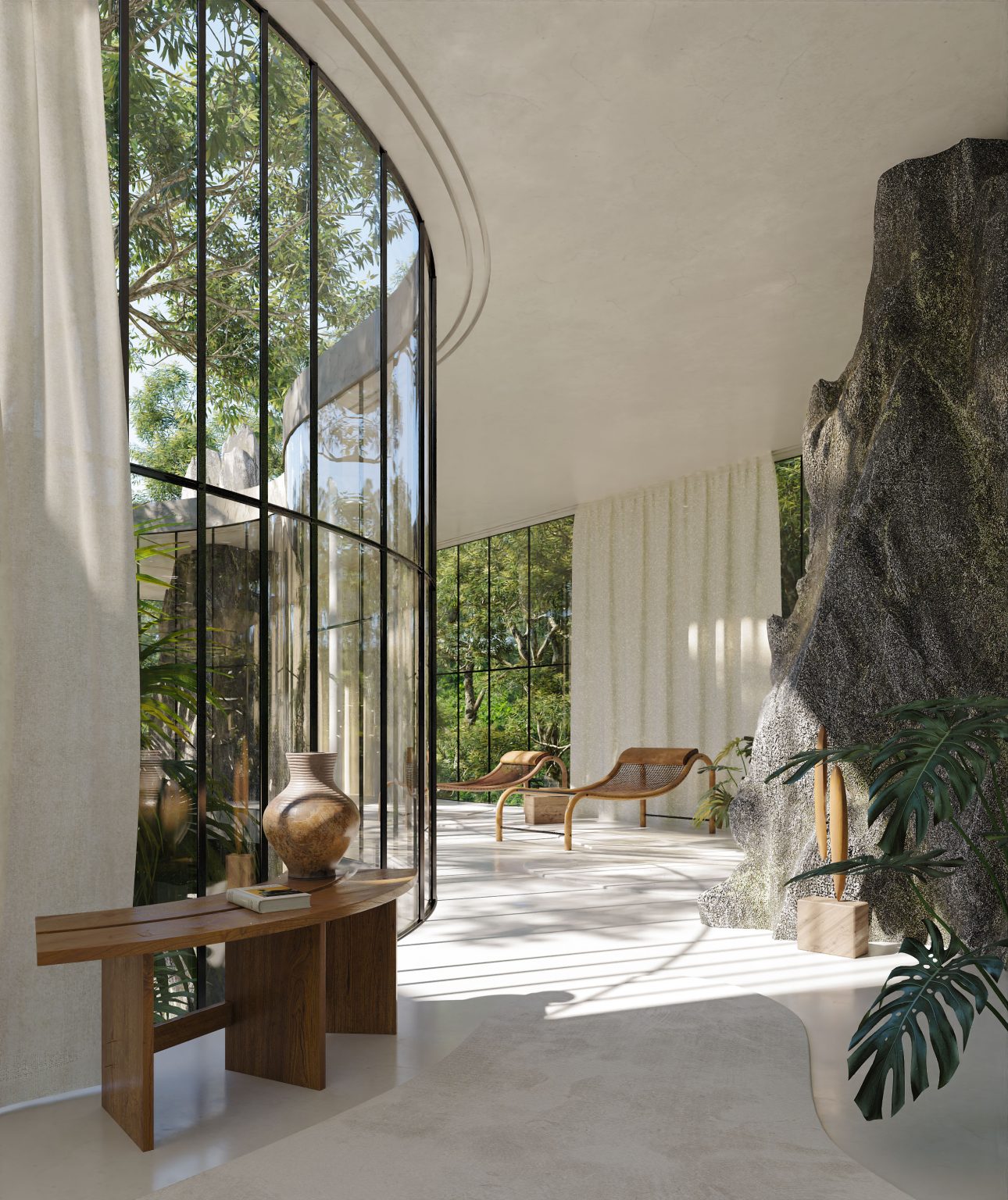 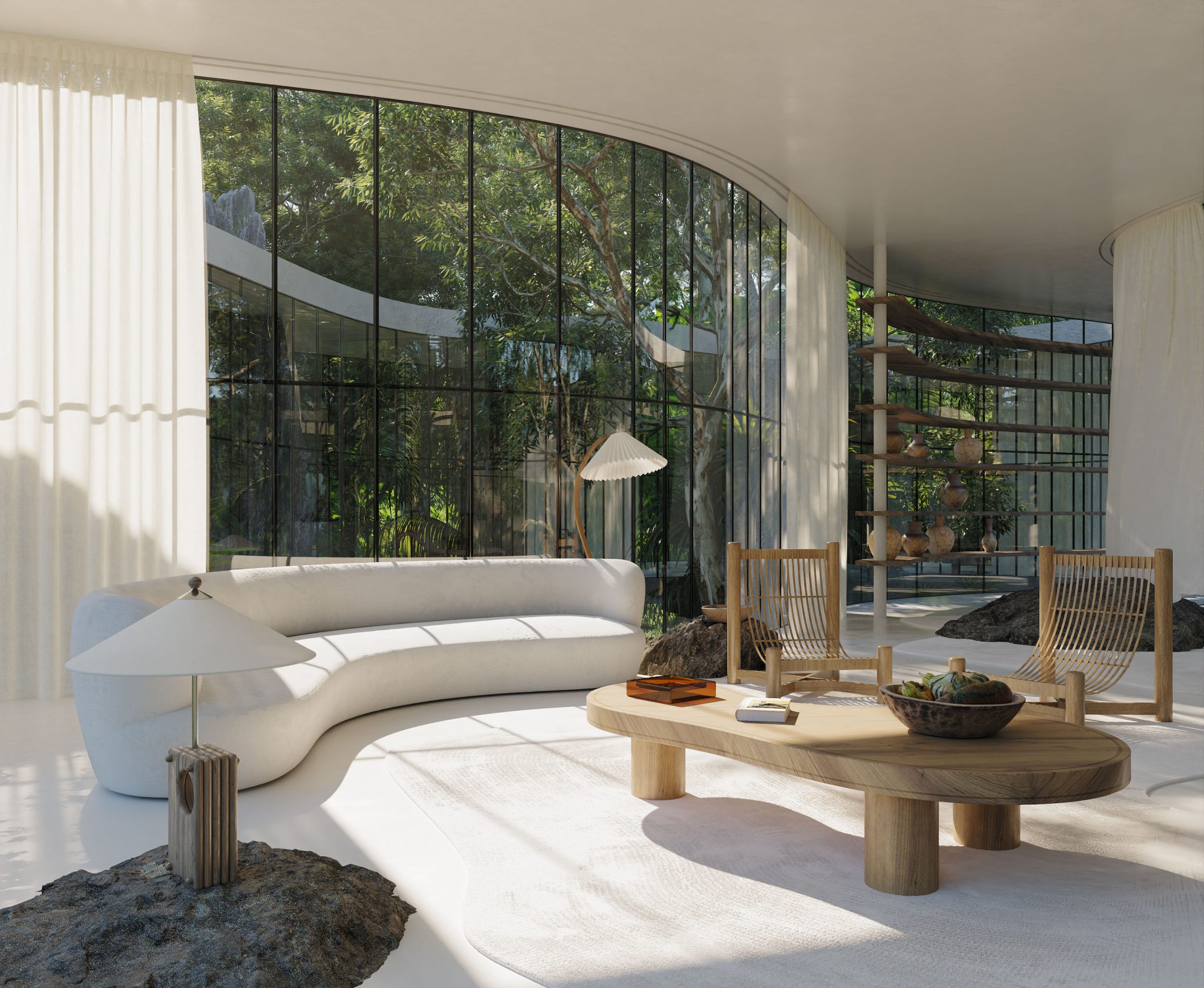 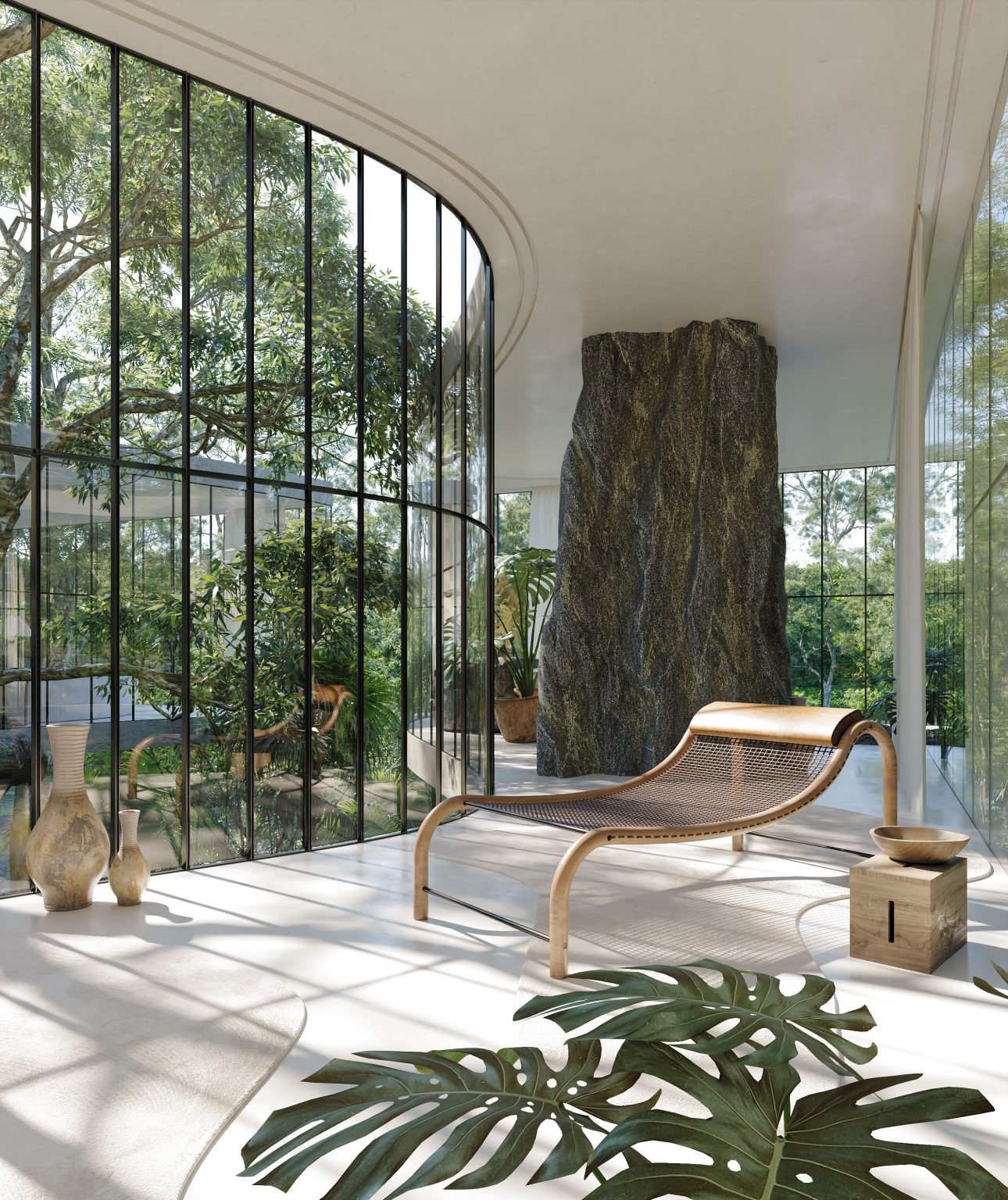 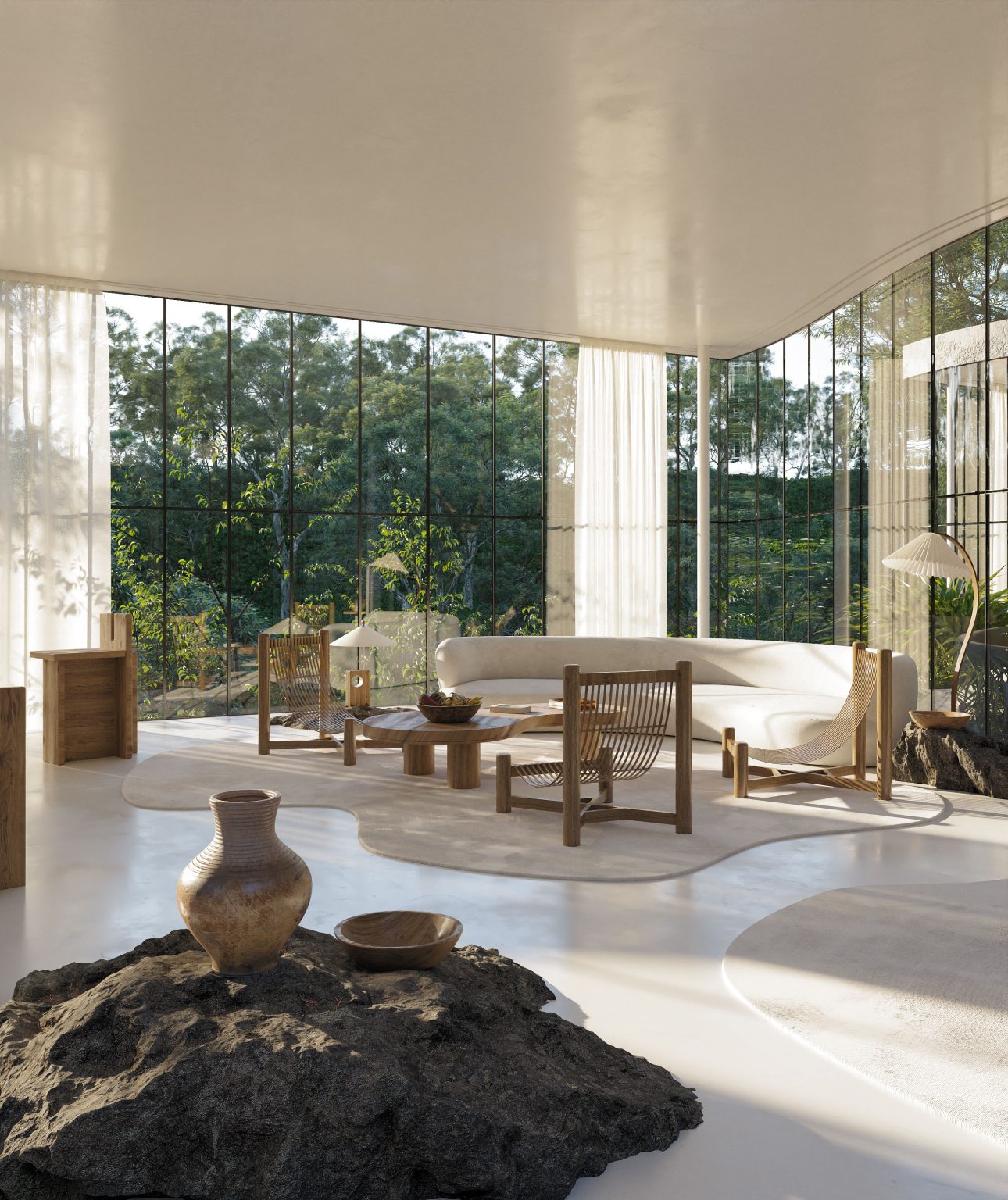 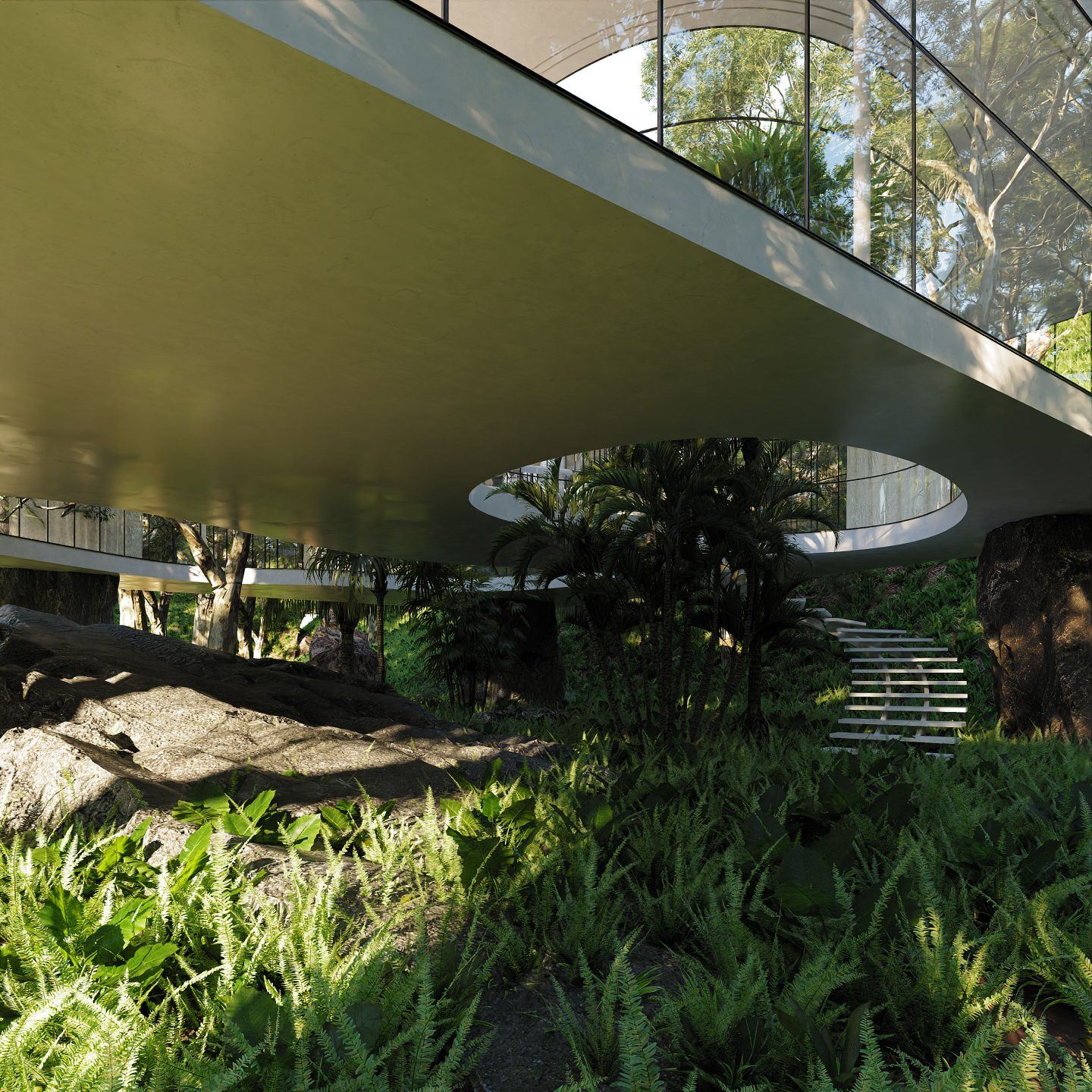